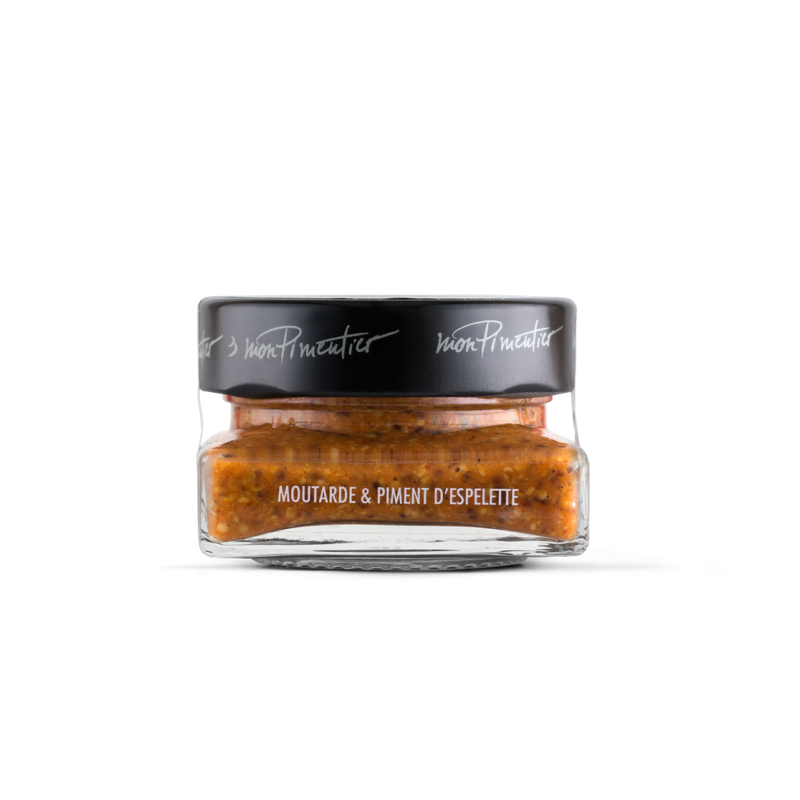 Slightly spicy mustard which goes with everything!

Mixed in with traditional grain mustard, Piment 'Espelette adds peps to hot or cold meats and to salads.

Use a knifepoint of Mustard & Piment d'Espelette to add taste and flavour to your tapas.

The Piment d'Espelette, Ezpeletako biperra in Basque, is a variety of Capsicum annuum that is cultivated in the commune of Espelette. On 1 June 2000, it was classified as an AOC product and was confirmed as an APO product on 22 August 2002.

Chili pepper, originating in Central and South America, was introduced into the Basque Country during the 16th century. After first being used medicinally, it became popular as a condiment and for the conservation of meats. It is now a cornerstone of Basque cuisine, where it has gradually replaced black pepper and it is a key ingredient in piperade.

The peppers are harvested in late summer and, in September, characteristic festoons of pepper are hung on balconies and house walls throughout the communes to dry out. An annual pepper festival organized by Confrérie du Piment d'Espelette, held since 1968 on the last weekend in October, attracts some 20,000 tourists.

This pepper attains a maximum grade of only 4,000 on the Scoville scale and is therefore considered only mildly hot. 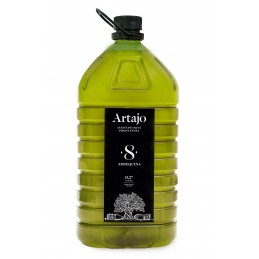 Extra virgin olive oil made from olives in medium maturation. It is elaborated approximately the first week of November. This harvesting point gives us an extra virgin olive oil fruity slightly green and fresh, balanced in the mouth. SUGGESTIONS Vegetables and preparation of sauces (mayonnaise, alioli) 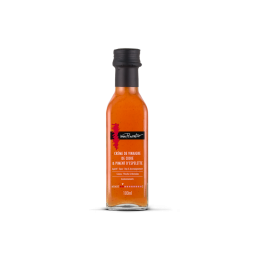 Mon Pimentier´s unique product will surprise you! Their locally-made Cider Vinegar Cream &amp; Piment d´Espelette adds an exotic, acid note which will delight sweet and sour lovers. A perfect accompaniment to Asian dishes such as nems or samoussas.

Price £7.31
More
 There are not enough products in stock