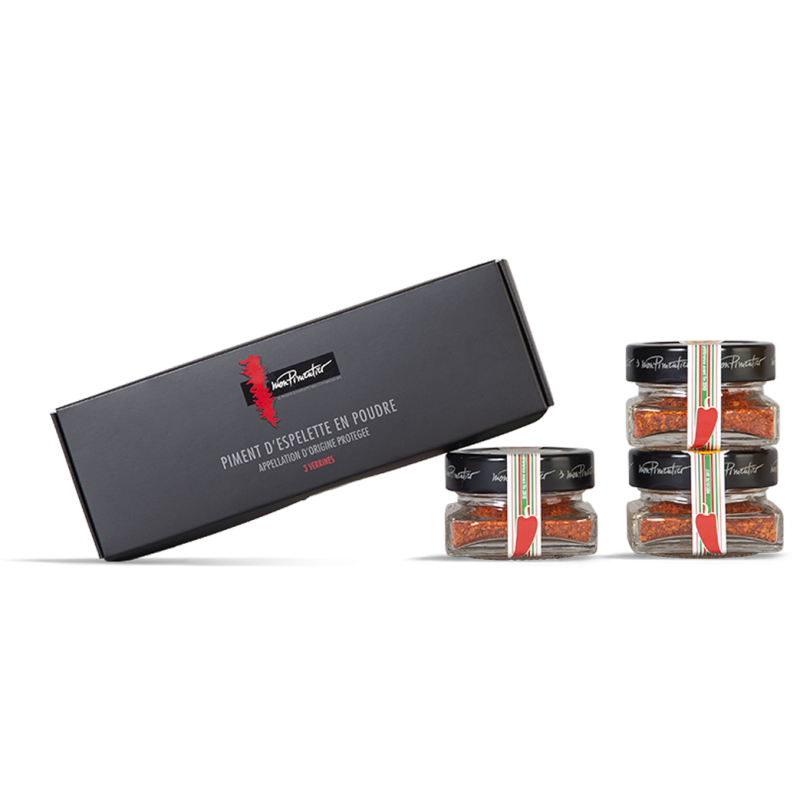 The powder is famous for its flavors and for its spiciness. It is used like the black pepper in same proportion, from the starter to dessert, and always added at the end of the cooking. It will give to your meal a sensation of heat and a fruity note.

The Piment d'Espelette, Ezpeletako biperra in Basque, is a variety of Capsicum annuum that is cultivated in the commune of Espelette. On 1 June 2000, it was classified as an AOC product and was confirmed as an APO product on 22 August 2002.

Chili pepper, originating in Central and South America, was introduced into the Basque Country during the 16th century. After first being used medicinally, it became popular as a condiment and for the conservation of meats. It is now a cornerstone of Basque cuisine, where it has gradually replaced black pepper and it is a key ingredient in piperade.

The peppers are harvested in late summer and, in September, characteristic festoons of pepper are hung on balconies and house walls throughout the communes to dry out. An annual pepper festival organized by Confrérie du Piment d'Espelette, held since 1968 on the last weekend in October, attracts some 20,000 tourists.

This pepper attains a maximum grade of only 4,000 on the Scoville scale and is therefore considered only mildly hot.