Only the few exceptional ciders receive the "Premium" distinction by the Basque Government.

Basque cider is flat (non carbonated), is not sweet and must be poured from height.

In Isastegi they do not add sulphites or yeast.

The cider is produced by spontaneous fermentation.

All the apples they use come from less than 10 miles away.

From January to April, across the Basque Country, cider is served directly from the barrel in the Sagardotegis (cider houses). Once the optimum moment for consumption has been determined, the cider is bottled.

Cider has been produced at the Isastegi farm since the 17th century. Their ancestors made cider to drink at home and invited neighbours to enjoy it with them.

There were many cider mills in the Tolosa area and cider production at Isastegi formed part of a culture whose basic drink was cider. A very special, unique product was born of the know-how that comes from practices transmitted from generation to generation.

A profession and way of life

In 1984 Migel Mari Lasa, with the help of his father Joxe Mari, decided to take a step forwards and started commercialising cider. From the beginning he devoted himself to adding his little bit to centuries of know-how and implementing all the necessary procedures for bringing cider onto the market.

In the space of a few years, he achieved a cider that was well received both in the Basque Country and internationally. Today, Isastegi is a cider with its own personality.

Storage & Care
It must be kept refrigerated below 6°C 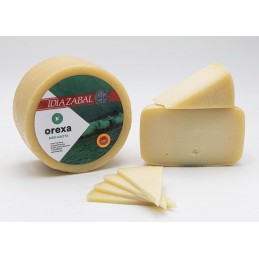 Protected Designation of Origin Idiazabal (PDO) Bronze-medal World Cheese Awards 2019 A small round of cheese made from unpasteurised sheep’s milk of the shaggy-haired Latxa sheep high in the mountains, Idiazabal is one of the most traditional and renowned Basque cheeses. This medium-strong cheese is cured for up to 12 months and has a close texture with...

Price £34.27
More
 There are not enough products in stock 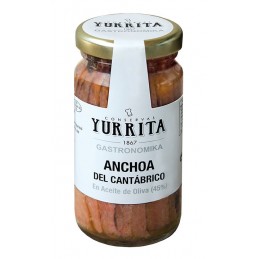 Plump and meaty, these anchovies are perfect for making one of the most popular pintxo; Gilda. To get the best of the anchovies keep them in room temperature 15 minutes before eating. SUGGESTIONS: Gilda: In a stick, 2 Ibarra peppers, an anchovy and an olive.  Piquillo pepper slices and anchovy salad on garlic toast. 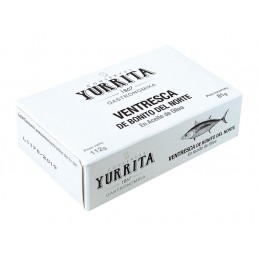 Ventresca, the belly of the bonito, has been highly prized by connoisseurs as the tastiest and most tender part of the entire tuna. Our Yurrita ventresca is prepared in limited quantities. Each bite of Bonito del Norte's ventresca  is so meltingly tender that it is in a different category from other parts of the tuna. SUGESTIONS: Serve on a fresh...